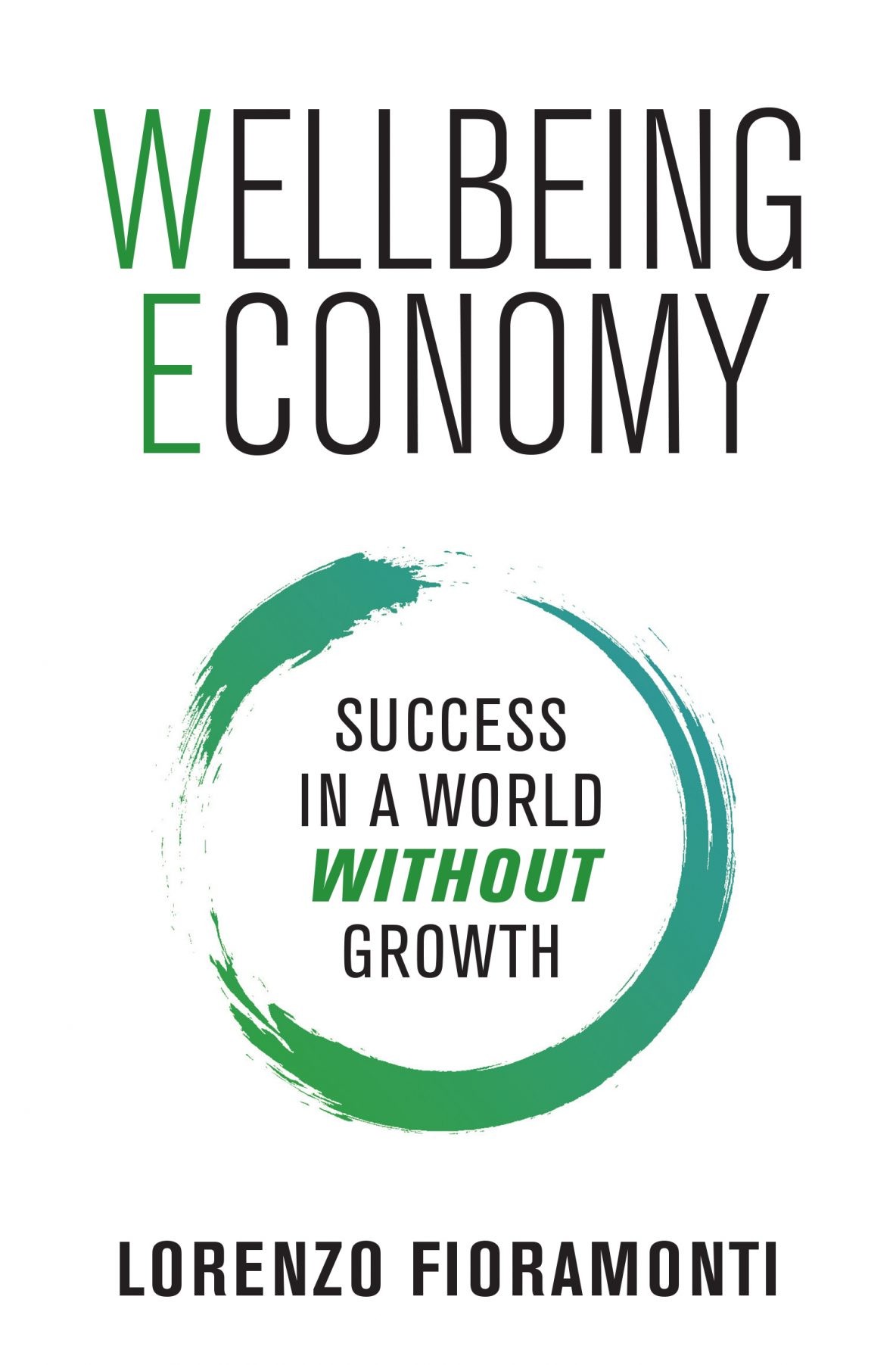 Located within a global crisis characterised by extreme inequality, devastating climate change and hopelessness, The Wellbeing Economy picks up where Fioramonti’s previous works, notably GDP: Gross Domestic Problem, leave off. As with that book, Fioramonti lays out a myriad of problems with mainstream economic dogma that posit growth as the basis for human flourishing. The Wellbeing Economy, however, goes beyond a mere criticism of GDP as a measure of development, introducing instead the idea of “wellbeing” as the proposed basis for fundamentally shifting the nature of the economy. Wellbeing is said to, “[connect] self-interest with social benefit. It appeals to our natural predisposition not only to thrive individually but also to care for others. It embeds us in those ecosystems without which we can’t flourish, but that we have irrationally abandoned.” (p. 32)

After focusing on the different areas where “wellbeing” can effect change (business, politics and society), the book outlines an alternative vision for what should underpin our economy in order to move beyond the myopia of growth-centred, trickle-down economics.

Fioramonti begins this task by impressing on us both the banality and potential of ‘the economy’. Described as “nothing more than a system of rules…to organize society and distribute tasks and resources”, changes to the economy are said to also have the potential to “profoundly reorganize the world, both politically and socially.” (p. 32-33)

At the heart of the first part of the book is a compelling effort to show the inefficiencies of the growth regime and the “real” levels of profit by pointing to so-called externalities (such as environmental degradation) that are not currently accounted for when assessing economic performance. Replacing the (in)famous invisible hand of Adam Smith with an ‘invisible foot’, Fiormonti details the immense ecological and social footprint of corporations that undermine their claims to efficiency. With Donald Trump occupying the White House and the consequent abandonment of environmental regulations, statements such as “[for the growth] ideology, natural wealth has no value unless owned and exploited” are particularly pertinent. (p. 35)

Economics, however, is not his only target. He critiques both dominant accounting systems and legislation that allows for the growth paradigm to remain. While the basis of these critiques might seem academic, this is not a book merely for those steeped in social theory: technical jargon is limited, and studies are explained in a clear, accessible way. In fact, one criticism may be that the academically-minded might want more detail with regards to measurement and methodology.

While portraying a disturbing picture of our current crises, Fioramonti also emphasises the numerous innovations that allow us to push back against the individualism and reliance on big corporations that are features of the last 50 years. These innovations, however, should not be confused with the type that fails to recognise the political nature of problems: his is not the innovation that creates bullet proof backpacks for children in the US while ignoring the systemic roots of gun violence. Rather, the heart of these descriptions is the collapsing of the producer/consumer binary and the author uses case studies throughout the book to illustrate real examples of what is already being done in this area.

The book is a utopian vision and, while many of the proposals are common-sense, they perhaps sometimes underestimate the power of the capitalist structure and the internalised growth logic. This is most apparent in discussions of technologies like Uber, Airbnb or Bitcoin. The potential of these innovations is lauded while serious consideration of the way in which they have been co-opted is not adequately dealt with. Consider, for example, the role of Airbnb in pushing up housing prices in a city like Cape Town. Individual landlords buy up entire apartment blocks to rent out to tourists for lucrative returns, pushing local people further out of the city. This is not merely an enigma and any proposal for using these kinds of technologies needs to account for their potential co-optation into something that follows the same patterns of exploitation and accumulation as traditional industries.

As neoliberalism and growth-centred policies lead increasingly to unsustainable economies, not only do we need to challenge them, we need to imagine alternatives that allow us to begin to build societies based on people over profit. As with other left-wing messages in the Bernie Sanders/Jeremy Corbyn era, Fioramonti is telling us to take advantage of small openings; leverage available power; recognise the interrelated nature of the political, economic and social; and embrace the potential for technology that is harnessed with necessary legislative protections.

The book ends with a set of general principles where people can begin to effect change as well as a manifesto targeting South Africa specifically, where Fioramonti lives. These principles and the message of the book as a whole illustrate its true value: to lay bare the contradictions that are embedded in society, disrupt our internalised assumptions and inspire us to look at the world differently.