Since 2013, IFAA has developed a research expertise on industrial policy in South Africa and the rest of&nbspAfrica.

Our recent research outputs are listed below:

Corporate Accountability on Human Rights and Environmental Rights in Africa:

The case of AngloGold Ashanti in South Africa, Tanzania and Ghana
Establishing sovereignty over natural resources is a crucial issue in African development. This was a view articulated strongly by independence leaders such as Nkrumah and Nyerere whose developmental strategy focused on state-led investments in the mining sector. This era ended with the neoliberal reforms of the 1980s which centred foreign direct investments. While the reforms enabled an expansion of mining on the continent, they also deepened the environmental and social consequences of minerals exploitation. Favourable terms offered to investors were not accompanied by significant reinvestment in social infrastructure or in the creation of effective accountability mechanisms. An outcome of these lapses has been a resurgence in resource nationalism and demands for the protection of human rights and environmental rights.  On this basis, IFAA is developing a cross-border accountability mechanism for transnational corporations through activist-led research on the human rights and environmental record of AngloGold Ashanti (AGA). Existing regional frameworks are largely ineffective in holding corporations accountable. To address this, IFAA is developing an accountability index and regional mechanism. Government officials, AGA management, Chamber of Mines, Environmental and Human Rights lawyers will be invited to participate in this process. 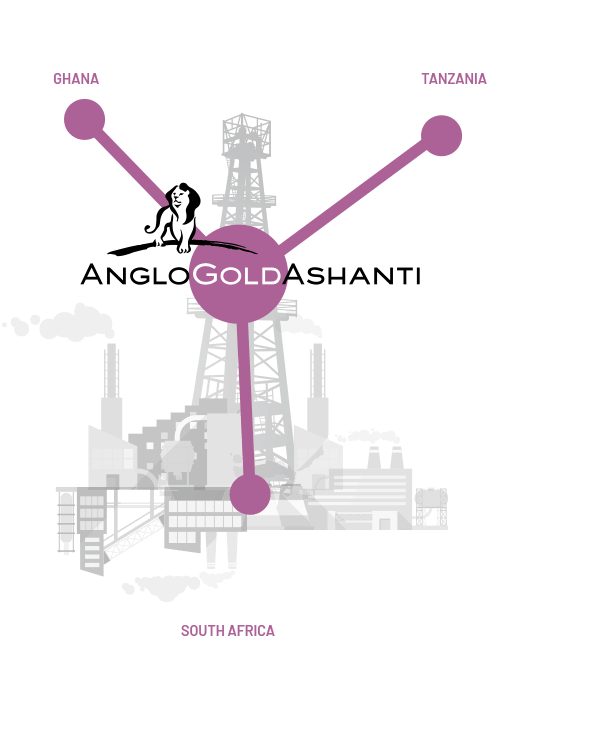 AGA is a transnational corporation rooted in Africa which can be historically traced to Ghana and South Africa. Ashanti Goldfields Company was initially established in 1897 in Obuasi, then a village in Ghana, by two indigenous entrepreneurs. They were soon bought out by a British investor. Ashanti Goldfields in Obuasi has since grown into the single largest concession of gold mining in the world, and yet the Obuasi municipality is still plagued by poor housing conditions, polluted water and air, poor health outcomes and limited livelihood options. Obuasi has also been the site of abuses of Obuasi residents by private security, the police and the soldiers. Another more recent operation of AGA in Ghana is in Iduapriem, another mining town about 129 kms from Obuasi. Both concessions enable IFAA and our partner in Ghana, the Centre for Social Impact Studies, to assess the environmental rights and human rights violations of AGA.

In South Africa, the colonial and apartheid regimes drew on a cheap labour system to accumulate profits for mining giants such as AngloAmerican. The end of formal apartheid in 1994 opened up the mining sector to pressure from the global market. AngloAmerican restructured its operations by offloading its gold assets under an independent entity, AngloGold. This corporation eventually merged with Ashanti Goldfields becoming AGA. Last year, AGA sold off its assets in South Africa. IFAA is examining the legacy of this mining giant, with our partner in South Africa, Mining Affected Communities United in Action (MACUA).

In Tanzania, AGA started operations in 2000 in Geita, a mining town 755kms from Arusha. Farmers were forcibly evicted by the government without compensation, alternative housing, access to clean water and arable lands. As a result of the disruption in livelihoods, artisanal and small-scale mining (ASM) has become the main livelihood option but it is criminalised, and if not well managed, ASM also poses risks to health and safety. With our partner in Tanzania, HakiMadini, IFAA is examining the environmental rights and human rights violations of AGA.

Issue 82 of New Agenda focuses on Resource Nationalism, covering the wide-ranging policy debates from mining experts in Africa alongside analysis of researchers and activists engaged in environmental and human rights work. 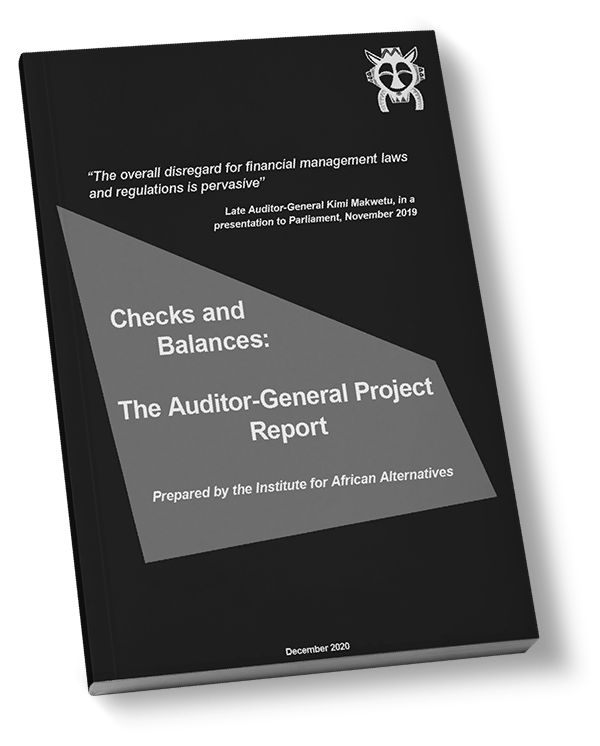 This research project was initiated by Professor Ben Turok shortly before he passed away in 2019.
It set out to examine the question of why the checks and balances written into the South African constitution have failed when it comes to acting on the recommendations of the Auditor-General to reduce ’irregular, unauthorized. fruitless and wasteful expenditure’ in the public sector. It also focused on what remedies exist for Parliament to address the situation where the executive fails to act on recommendations.
Read the Report

"Climate Change and Vulnerable Communities in the Eastern Highlands of Zimbabwe: Recommendations for a Just Recovery Plan"
Supported by Rosa-Luxemburg-Stiftung
View PDF