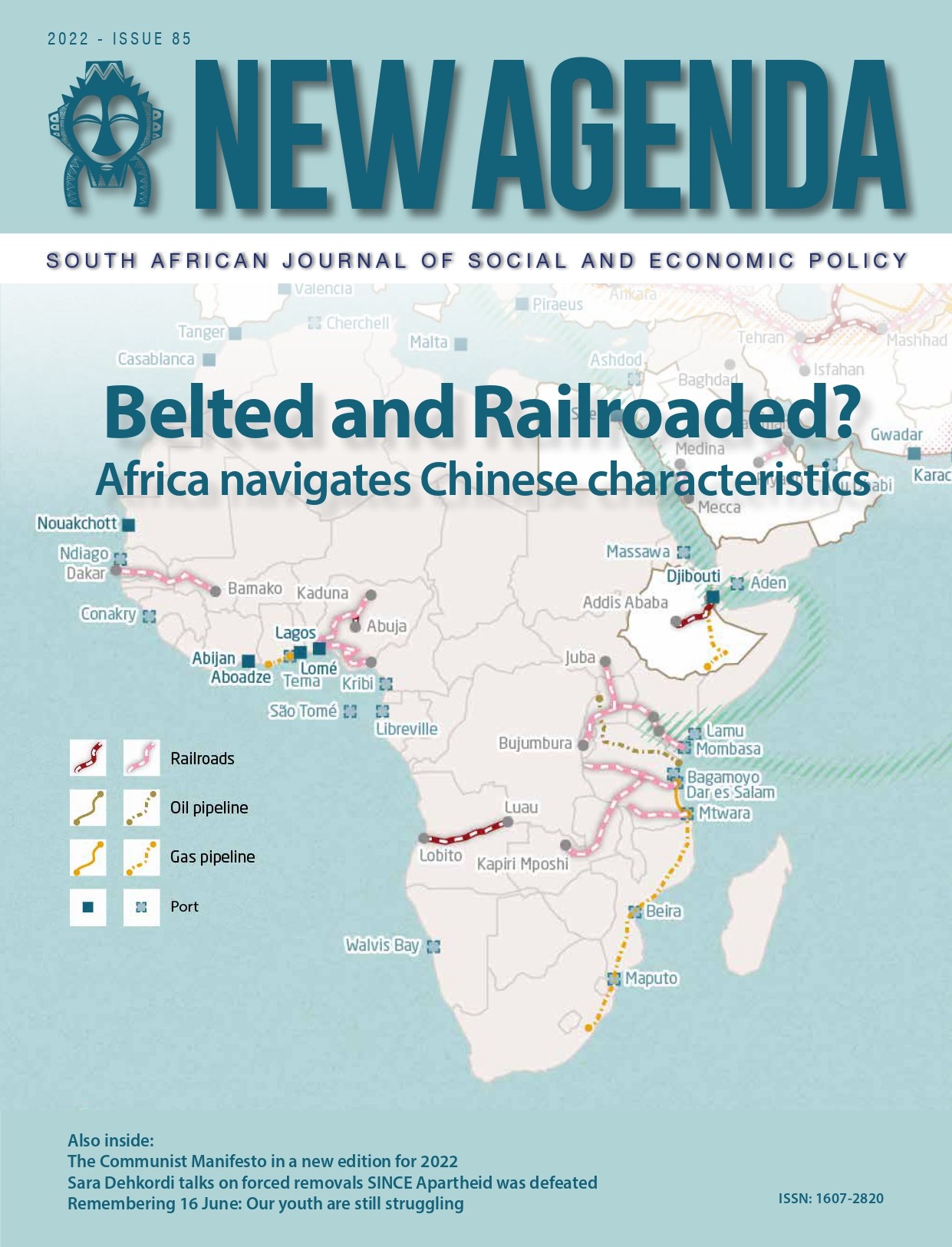 Youth Month –
Less to celebrate than ever before

The most urgent and arresting article in this edition of New Agenda is the comment on youth unemployment by Philippe Burger, which IFAA requested for our June edition because this is a time of year that we stop to consider what the sacrifices of 16 June 1976 mean today.

Burger just presents the bare statistics. He finds no solace in any of them. There is no sign at all that matters are improving – on the contrary, the abject failure of our public education system ensures that decline to even lower levels of despair and desperation are all that can be anticipated. Inequality and unemployment stoke anger. This is still unfocused – except where it appears in the execrable “movements” that target so called foreigners and illegal asylum seekers. The “insurrection” in 2021 tapped into the dissatisfaction with life as it is lived in South Africa today.

Nina Benjamin reports on a longterm engagement project by the Labour Research Service with unions representing healthcare workers. The deeply disturbing starting point is the outrage local communities express against health workers because of the poor and degrading standards of service provided at public clinics and state hospitals. Blame is attached to nurses and doctors – who were previously revered and protected – because they do not have the medication, bed linen, food and comforts that are needed by sick people. The article is a case study, but it reflects wide decay in institutions and the social fabric.

Muhammed Patel and Gaylor Montmasson-Clair at Trade & Industrial Policy Strategies (TIPS) find reasons for optimism in the dynamism and scope of Africa’s Micro, Small and Medium Enterprises (MSMEs). As the effective economic engines of the continent’s economies they will reward any society that concentrates investment and encouragement on their development. In this context, properly supported by wise governments, they could be
le ers for ensuring countries adapt to the increasing threats from climate change. Africa is responsible for less than 3% of the historical greenhouse gas emissions from industry that fuels the world climate crisis. But its communities are particularly vulnerable to the consequences of climate change. The key concern in Africa is not to reduce GHG emissions, but rather to adapt infrastructure, business and communities to deal pro-actively with climate disasters. MSMEs have considerable potential to reduce poverty and inequality, while at the same time assist economies and communities to be resilient in the face of climate disruptions.

Farieda Khan presents a fascinating historical review on mountaineering in Cape Town and how the sport has been, in effect, a site of struggle for human rights and opposition to apartheid, racism and segregationist practices.

There are summaries of two recent research projects commissioned by IFAA – one by Rachael Nyirongo comparing the social practices of a major mining company in three African countries, and one by Simon Rakei which links the complex issues of illicit financial flows from the African mining sector with a proposal on raising climate financing for a just transition. The full reports have been published on the IFAA website.

Moira Levy reports her impressions of a recent IFAA Forum at which Sarah Dehkordi discussed her decades-long investigation of forced removals in South Africa after apartheid focusing on experiences of harried communities in Cape Town after 2000.

Our cover story on China in Africa is not an expert view so much as a guide to readers on how to become better informed. China has become a major influence in Africa in the last two decades – often intervening with breath-taking swiftness, particularly on infrastructure projects.