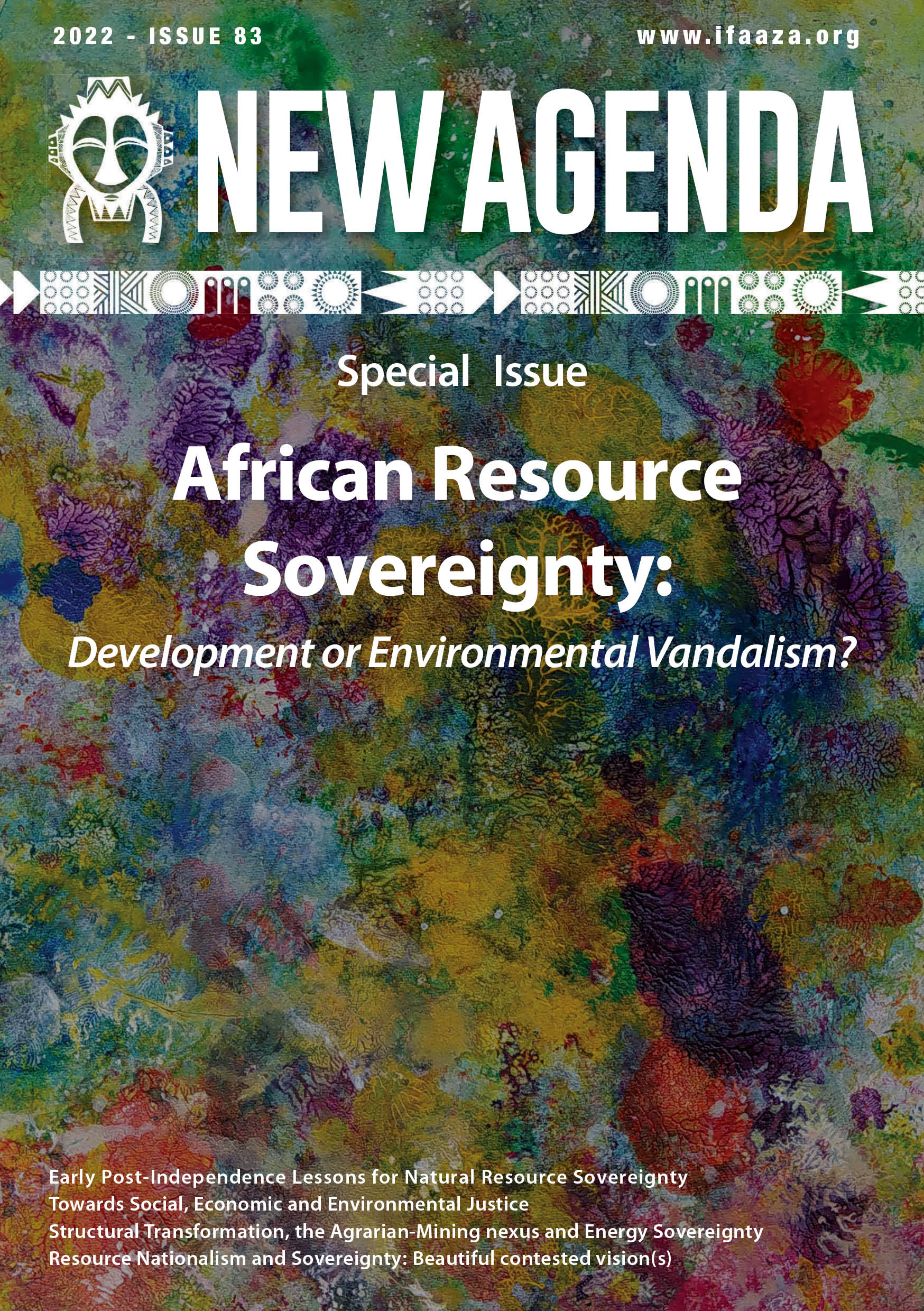 The Limits of Resource Nationalism

THE LIMITS OF RESOURCE NATIONALISM

This section features pieces from a virtual event on natural resource sovereignty convened by Post colonialisms Today, a collective research and advocacy reimagining policies from early post-independence Africa for today. It is led by a working group and advisory group of African activist-intellectuals, with Regions Refocus serving as Secretariat.

In 2017, a group of African activist-intellectuals launched Post-Colonialisms Today (PCT), an effort to recover policies from early post independence Africa to address contemporary development challenges. In contrast to the current neoliberal orthodoxy, policies from the governments of leaders like Kwame Nkrumah, Julius Nyerere, and Gamal Abdel Nasser were oriented towards securing the continent’s political and economic agency. A key aspect of this agenda was securing sovereignty over their natural resources to ensure the distribution of the benefits to their citizens rather than, as it was under colonialism and is again under neoliberalism, to the enrichment of
the Global North.

In PCT’s virtual event on natural resource sovereignty, from which the pieces by Yao Graham, Tetteh Hormeku-Ajei, Camden Goetz, and Treasure Maphanga are constituted, project-member Akua Britwum highlighted that the basis of countries like Ghana and Tanzania’s development plans was for the state to control its natural resources and utilise revenue to the benefit of other sectors for industrialization and social development. As such, natural resource policy was accompanied by investment in health and education, and states also moderated the interests of different classes, shifting from a predatory extractivist model to one that dealt with mining rights, worker rights, wage inequalities, and working conditions.

Britwum also noted that while sovereignty was conceptualised more expansively in the early post independence period to include things like control over natural resources, not all groups had equal access to the state or had their needs and interests equally represented. What was understood then as natural resource sovereignty was also limited in scope as the intent was to improve the conditions in which profits were extracted by foreign direct investors, rather than imagine an alternative that would address the gap between profit and revenue share or tax foreign investors. Therefore, the attempt to break the hold of foreign direct investment had its own limitations.

With the onset of structural adjustment around two decades post-independence, the World Bank implored African governments to give up any pretensions of using minerals to serve national or social priorities and instead focus on maximising revenue by handing over management and ownership to transnational companies. To attract foreign direct investors, countries had to reverse their policies by lowering taxation and royalties and giving concessions and incentives.


Today, resource sovereignty in Africa is severely under threat, with the majority of investment in economies on the continent coming from foreign capital. Rather than developing countries, structural adjustment has directly de-developed them by cutting social services, cutting subsidies, devaluing currencies, reducing real wages, and raising taxes. They have also meant increasing dependency on external sources for food, and a return to primary commodity export dependence.

As Post-Colonialisms Today researcher Chafik Ben-Rouine elaborated, in this context, most countries in the Global South do not have the policy space to determine their own priorities because they have to take external loans that in turn enable external interests to shape their agendas. How can these countries maximise their revenue before turning to external finance? And how can they use it for transformative programs and solutions, and ensure it is reallocated to sectors necessary for long term development?