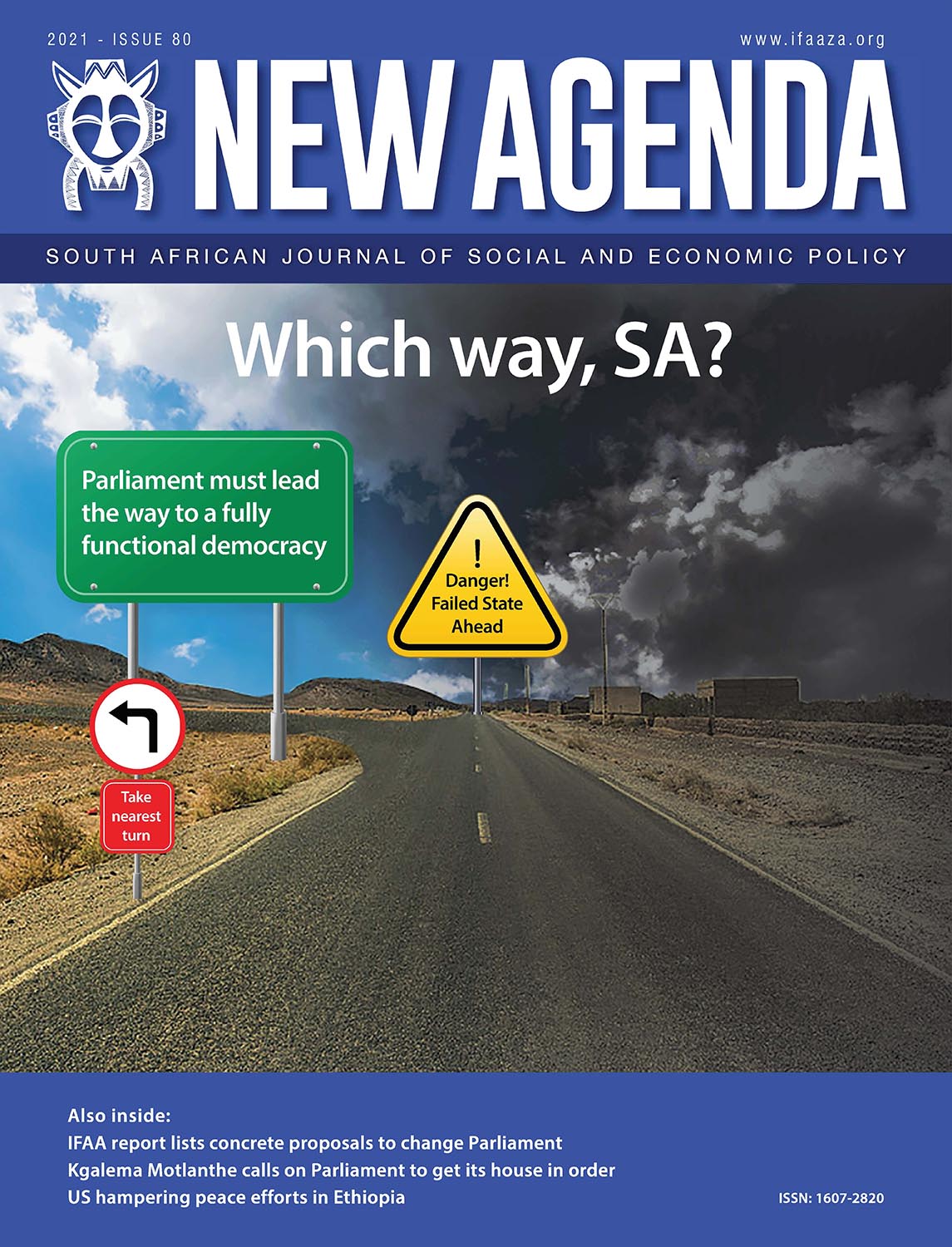 Parliament must lead the way to a fully functional democracy
You can also read:
Read Now
Key Article

By Kgalema Motlanthe
Kgalema Motlanthe served as South Africa’s President from 25 September 2008 to 9 May 2009, following the resignation of Thabo Mbeki, whereafter he filled the post of Deputy President. During his many years of political service, he has been Deputy President and has also at different times been Secretary-General and Deputy President of the ANC. He is the current chairperson of the board of the Institute for African Alternatives (IFAA) and is patron of the Kgalema Motlanthe Foundation.
KGALEMA MOTLANTHE, in his opening remarks at the launch of Checks and Balances: The Auditor-General Project Report called on Parliament to get its house in order and fill its seats with effective, efficient and ethical representatives. 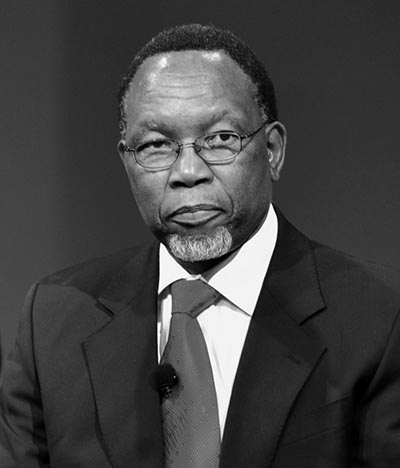 The Institute for African Alternatives (IFAA) has, for more than three decades, been a vanguard for critical thinking, political consciousness, dialogue and constructive analysis of South African and African socioeconomic and political issues. As an independent Pan-African institute, the broad policy research and advocacy that IFAA generates and facilitates is a clarion call to leaders from every sector of society and government to pause, think, reconsider and then decide which path to take. It is in the dissemination of such progressive views and alternative solutions that change-agents can be empowered, and positive, equitable and inclusive change can be made.

IFAA’s Checks and Balances: The Auditor-General Project Report is one such contribution to the development and construction of a humane and better managed South Africa for all. It is a document that not only dives deep into the crux of the challenges that face the financial management of South Africa, but also offers delicate scrutiny of the crucial relationships and volatile tension between government departments and their oath of office to the Constitution of the Republic of South Africa.

These insights on the management of public funds supply change-agents, academics, activists and indeed public representatives, with an arsenal of knowledge that places them in a position to continue fighting for the people and strengthening our democracy.

It is the strength of our democracy that is being tested during these uncertain times as the world confronts COVID-19, and the scramble to find an equilibrium within the extreme disruptions caused by the pandemic dissects and reveals the calibre of our leaders and public representatives. To take courage, display conviction and earn the confidence of the people are but a few steps in the eternal quest to strengthen democracy. It is a crusade that bares many moral pitfalls and finds even the best of us on the backend of a stumble.

A consistent moral leader of our time, whose lifelong dedication to fight injustice, comrade Professor Ben Turok was one among many who sacrificed their all to attain liberation and strengthen democracy.

Professor Turok asked each and every one of us to re-examine whether what we are fed by the status quo is what we actually need and encouraged an ongoing criticism of passivity and of corrupt governance. He believed that self-enrichment and a departure from the strong moral values so eloquently captured in the preamble to the Constitution of the Republic of South Africa are at the heart of government’s failure to lead and serve the people of South Africa. Professor Turok’s work in understanding and advocacy of the Constitution is the kind of alert activism that gives effect to the supreme law of our land, and drives the agenda of strengthening constitutional democracy.

Like IFAA, and Professor Turok himself, our collective pursuit to promote and ensure constitutional supremacy, is one of the most important endeavours in maintaining and reinforcing constitutional democracy.

Protecting the supremacy of the Constitution is possible because, in a constitutional democracy where power is properly shared by the executive, the legislature and the judiciary, the courts are independent and subject only to the law and the Constitution of the Republic itself. This doctrine of the separation of powers allows for checks and balances to ensure that the separate institutions are monitored and held accountable.

When considering the checks and balances written into our Constitution and the urgent need for just, transparent, efficient and accountable management of public funds, Professor Turok was deeply concerned and vocal about the open-ended and perilous cycle that played out year after year between the Auditor-General, government departments, the National Assembly and the Standing Committee on Public Accounts (SCOPA); an abysmal cycle that produced routinely bad reports with little or no accountability.

IFAA’s Checks and Balances: The Auditor-General Project Report seeks to investigate and offer tangible solutions as to why and how this damaging cycle is perpetuated, and what remedies can be put in place to ensure the implementation of the Auditor- General’s recommendations.

In the search for concrete steps to improve the financial mismanagement of public funds, and to propel democratic culture within our constitutional democracy, let us respond within the spirit of Professor Ben Turok’s ethical leadership, as he reminds us of our ongoing duty to apply our minds, audit our achievements, scrutinise our modes of operation, and continuously engage in dialogue with each other.

"[Ben Turok] believed that self-enrichment and a departure from the strong moral values so eloquently captured in the preamble to the Constitution of the Republic of South Africa are at the heart of government’s failure to lead."

The recommendation that Parliament should put its house in order – largely by implementing its own commissioned reports to improve its accountability processes and oversight reach – has been strongly supported in recent months by the evidence heard before the Zondo Commission into state capture. “Where was Parliament?” Judge Zondo asked, when contemplating the thievery and corruption paraded before him every day. This is exactly the question asked by the Auditor-General, over years!

No one has the responsibility to tell Parliament how to do the job it is given in the Constitution to hold the executive to account. Parliament makes this decision itself and has full powers to design its operations to support the concept of the separation of powers, which simultaneously provides for checks and balances on the exercise of executive power, making the executive accountable to an elected legislature.

The Checks and Balances report repeats this point and cites examples of the excellent reviews of Parliament since 1999 which – together with hints from the courts – tell Parliament how to up its game.

Civil society – and all of us!

The Checks and Balances report says that not enough good, principled people find their way into Parliament from the ranks of our political parties.

How can we act to enhance the quality and character of elected representatives?

In the short term, activists can make sure that the biographies of people placed on party lists are detailed and well-known. The best guide to the performance of an unknown people is how they have acted in the past. Crooks can change, of course, and it is wonderful when they do. And honest people do get corrupted by power and position. But too many of our public representatives are completely unknown entities. Even their record in Parliament is not really monitored. Have they been good representatives? How do we decide this? And what sort of person do we want political parties to put on their lists?

These are issues of activism – no new laws are needed for profiling and investigating people put forward for office in the 2021 municipal elections. This can lay the basis for an all-out effort for more perfect parliamentarians and provincial government leaders in 2024.

New Agenda 78 and 79 carried preliminary research accounts from IFAA on its project on the outcome of the Auditor-General’s reports. The full report of the research team is available at https://ifaaza.org/checksand-balancesthe-auditor-generalproject-report/ and, in addition, the interim bulletins, with accounts of interviews and documentary analysis, are available at https://ifaaza.org/checksandbalances-the-ag-project-researchbulletins/