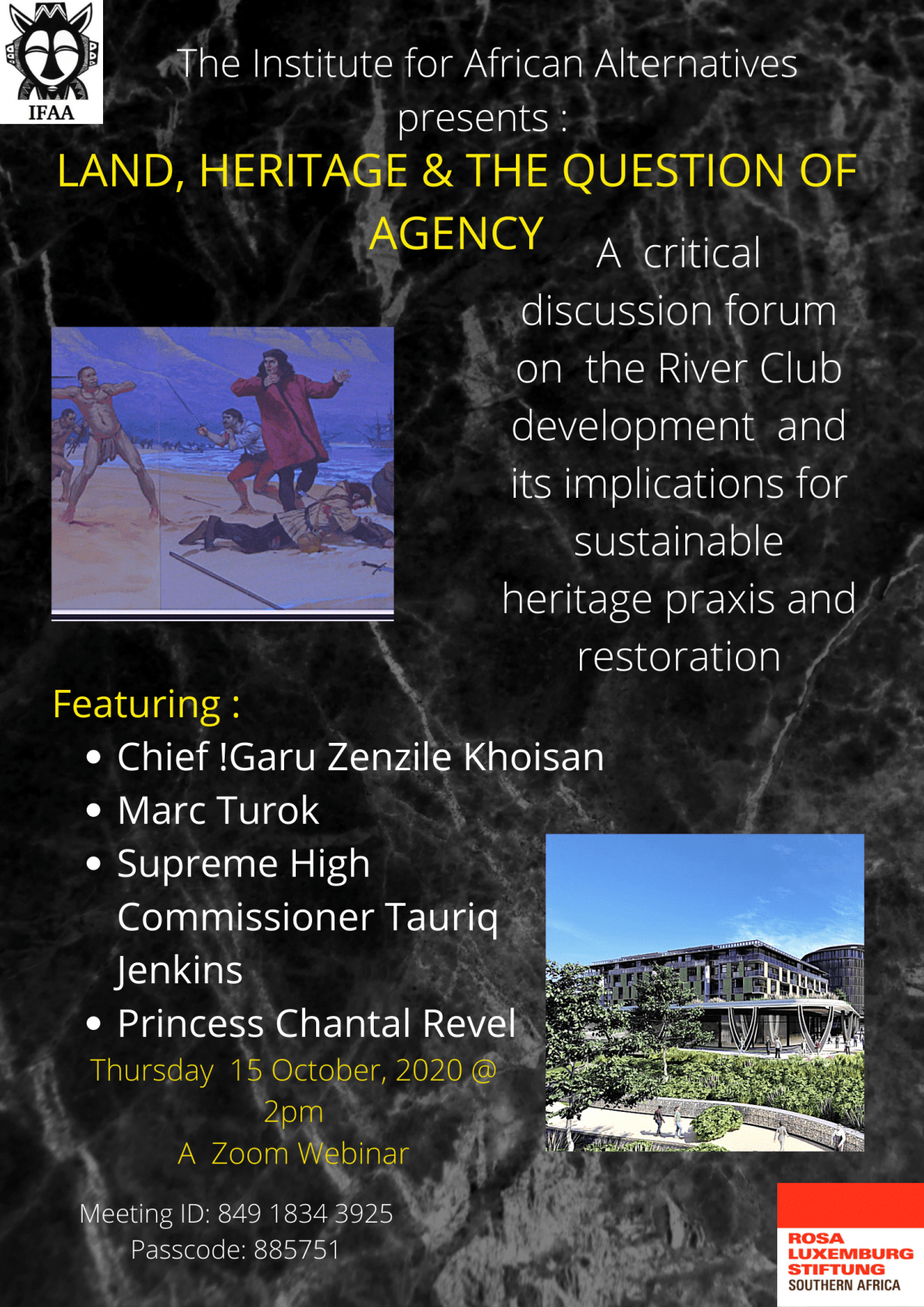 The new R4-billion River Club Development, which will house the headquarters of Amazon in Africa, has encountered vociferous opposition from several civic organisations, Khoi and San groups, including a 20 000 signed petition.  The developers though are pushing ahead with their plans, supported by the First Nations Collective, a breakaway group of Khoi and San leaders and endorsed by the Western Cape Provincial Government. The controversy surrounding this development highlights contentious issues inherent in our past, present and future, namely social justice, heritage,  land restitution, spatial inequality, environmental sustainability and housing. Then there is the question of agency. How do we collectively move forward?

The Institute for African Alternatives invites you to an online forum in which central protagonists in this controversial development, will outline and debate their positions.