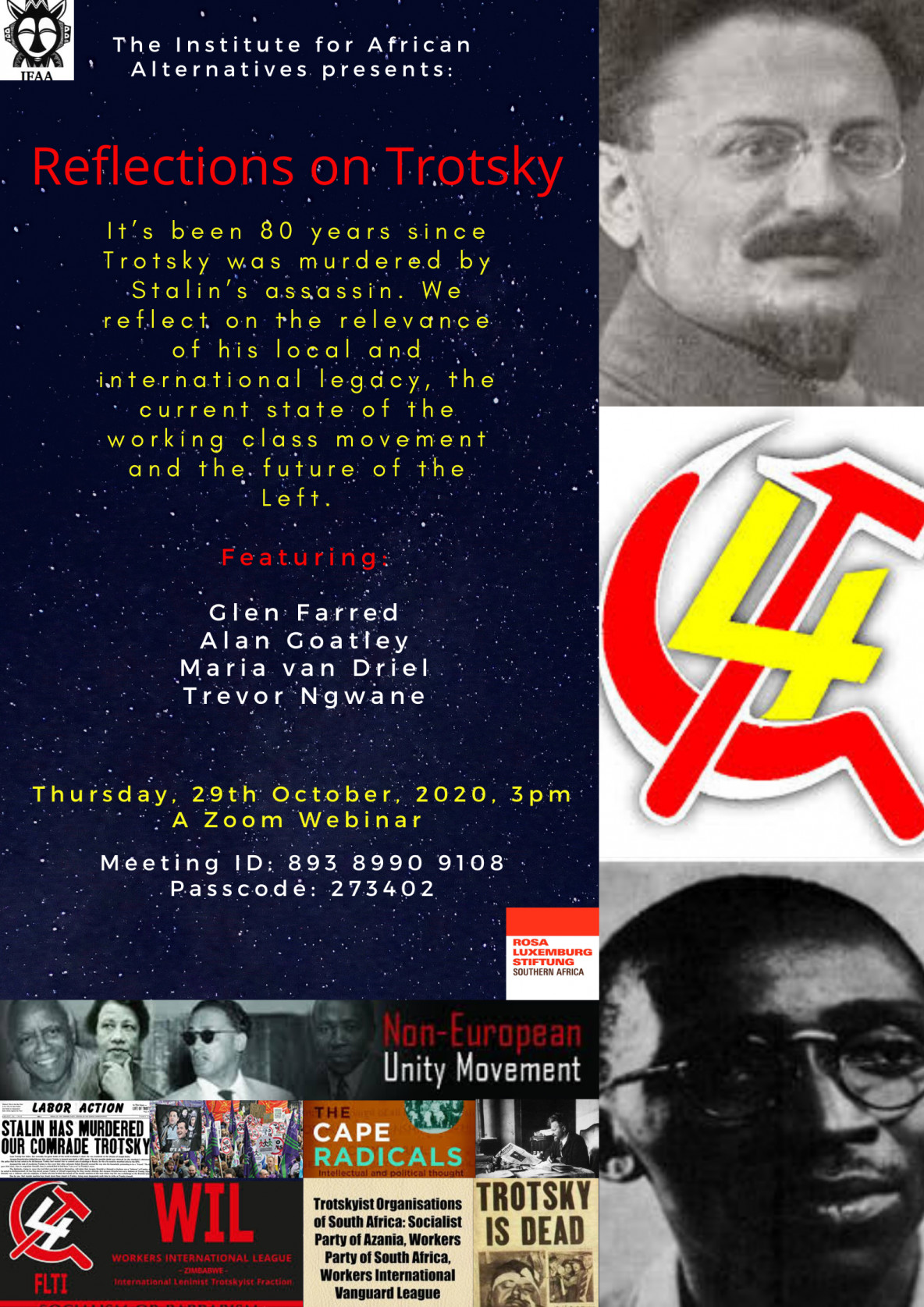 The Institute for African Alternatives invites you to join our online discussion forum: Reflections on Trotsky, on Thursday 29th October 2020, 3pm.

Please read the brief and find the webinar link information below:

As we mark the 80th anniversary of Trotsky’s assassination we find ourselves in the midst of intense and escalating global assault by ruling parties on wages, jobs, poverty relief programs and democratic institutions. Far-right wing groups are on the rise while increasingly authoritarian governments use draconian measures to restrict and persecute immigrants and refugees.

Our speakers are experienced activists who will address the following critical aspects of Trotsky’s legacy and contemporary relevance:

Alan will discuss relevance of core concepts such as ‘Permanent Revolution’, ‘International Socialism’ and ‘leadership of the Proletariate’ and reflect on the challenges that Trotskyist groups have historically encountered when connecting with worker struggles on the ground.

A member of the SRWP will discuss the project of building of an independent Worker’s Party and evaluate its progress and challenges.

Will address the question of whether the orthodox Trotskyist emphasis on the leadership of the organized urban working class in struggles against Capitalism and Imperialism is still relevant?  Contemporary theories such as ‘Intersectionalism’ strongly suggest it’s obsolete.

‘The organic capacity of the working class’

Can the first twenty-five years of democracy in SA be characterized as a defeat for the organized working class akin to 20th century defeats suffered by workers’ movements in Africa and Latin America?  Is there validity to the notion that the left is in ‘existential crisis’ and what does this bode for its future?