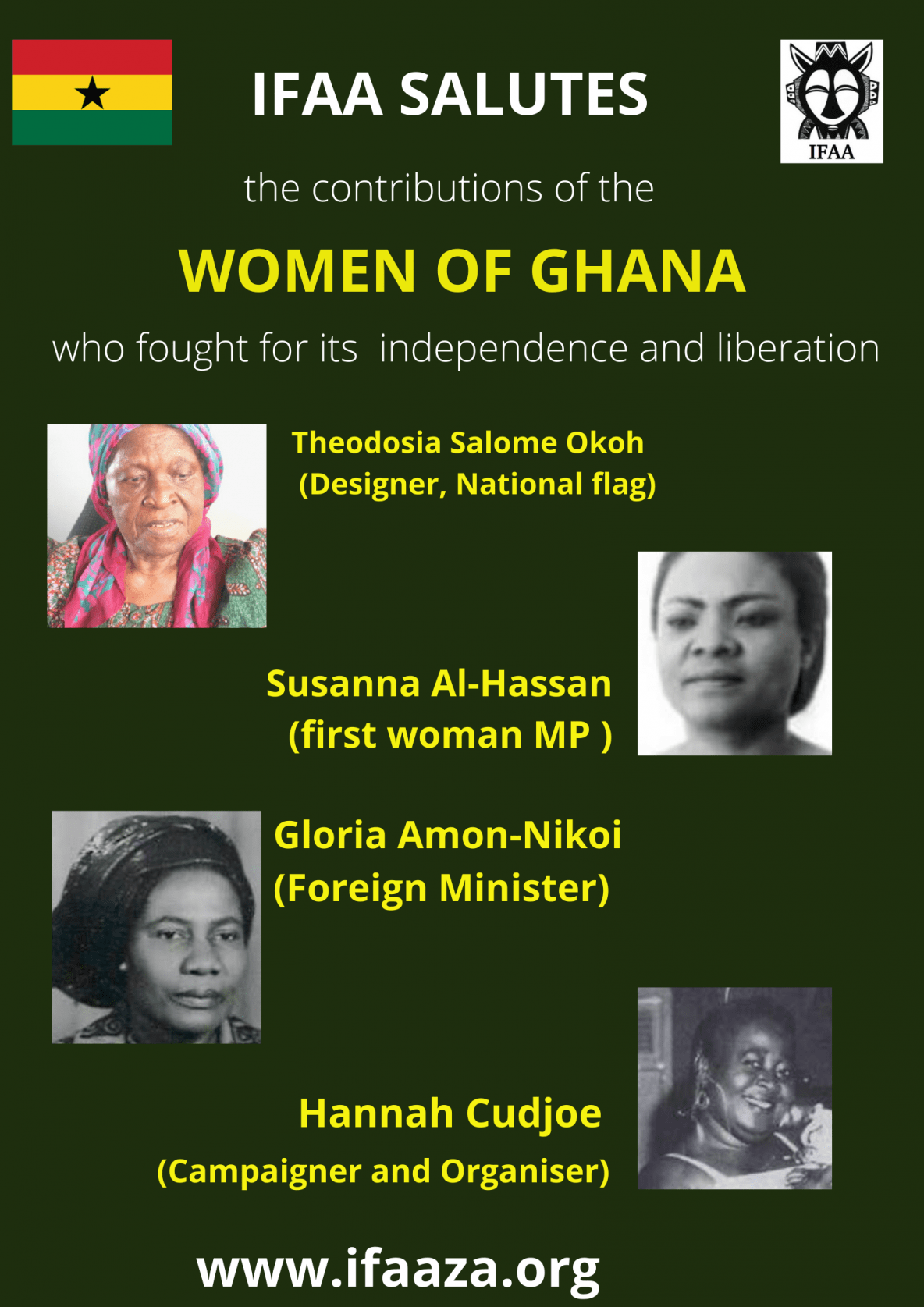 On the 64th anniversary of Ghana’s independence, IFAA Salutes the contributions of the women of Ghana who made important contributions to the struggle for its liberation.

We name in particular Theodosia Salome Okoh – designer of the national flag, Rebecca Naa Dedei Aryeetey – feminist activist and organiser who supported Nkrumah’s campaigns,  Susanna Al-Hassan – the first woman MP from the then Northern territories,  Mabel Dove Danquah – the prolific journalist who fought for independence and later became first woman MP in the African Legislators Assembly, Hannah Cudjoe – the organiser who continued to campaign after the Big 6 were arrested and Gloria Amon-Nikoi – independence campaigner who became the Foreign Minister of Ghana. They just a few amongst many other women who won Independence for Ghana.

We also affirm that the pursuit of access to social services and the rights of queer people across the spectrum of Gender Identity and Sexual Orientation are part of social transformation in Africa.