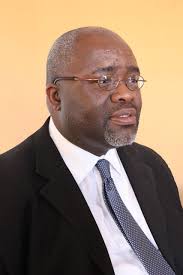 The Institute for African Alternatives (IFAA) deeply regrets the sudden passing of our former Board Member, Daniel Plaatjieson 10 October 2020. Professor Plaatjies served on the IFAA  board from 2014 to 2018 for many years, since 2014. At that time, under the directorship of the late Professor Ben Turok, he provided guidance and a sound base for the work of the Institute, and his loss was deeply felt.

IFAA extends its condolences to his wife, Lydia, and children, Danelle, Lidian and Leandré and remembers him as a man of outstanding quality who contributed to the development of the Institute. The staff knew him as an individual who always willingly supported and guided the work of IFAA with intellectual integrity and a generosity of spirit. He was an outstanding academic and intellectual who made a significant contribution to scholarship in South Africa and further afield. Most of all Professor Plaatjies was held in the highest esteem for the role he played for so many years in fighting for democracy in our country