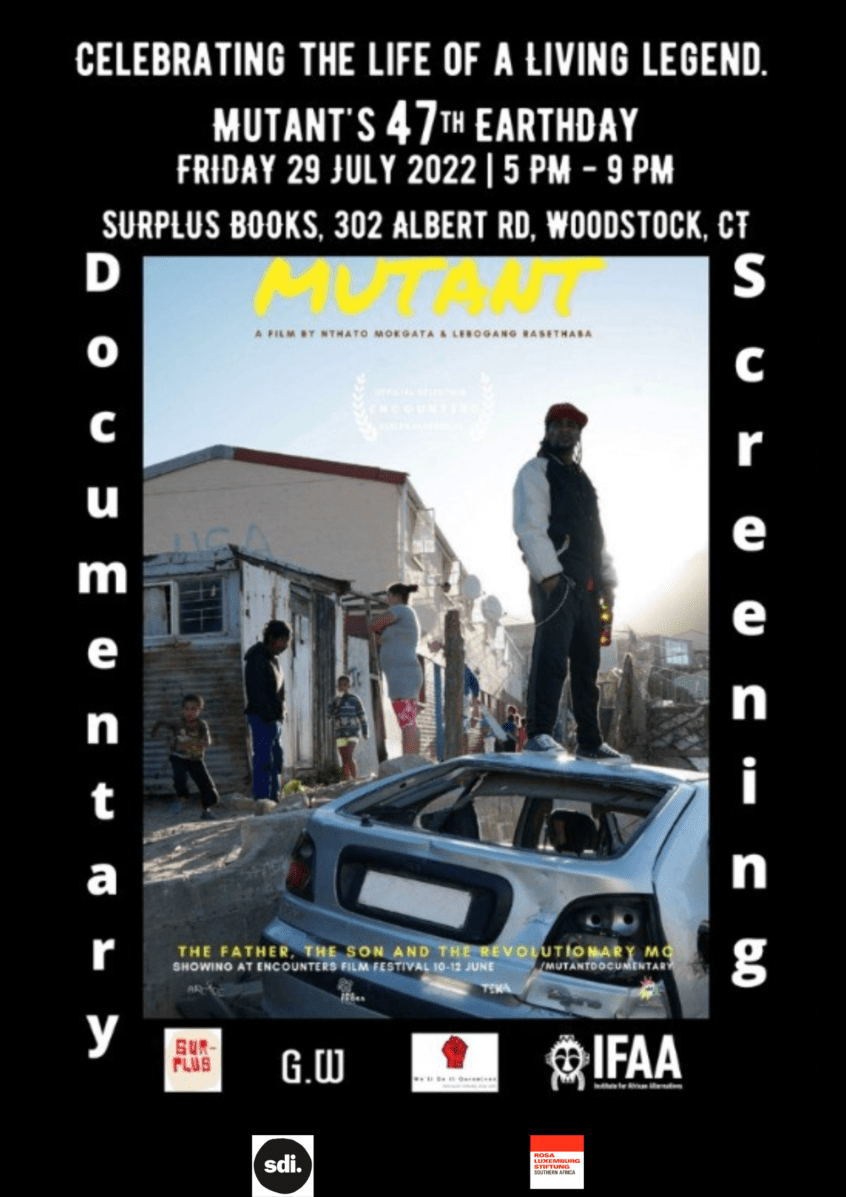 Surplus Books and the Institute for African Alternatives, in association with Guidy Works, We’ll Do It Ourselves and Shack Dwellers International is proud to invite you to a screening of the documentary film Mutant, this Friday, 29th July 2022, from 5 pm to 9 pm, at Surplus Books, 302 Albert Road, Woodstock, Cape Town.  The program includes a panel discussion with members of the cast and special guests.

Mutant is a documentary film, directed by Nthato Mokgata and Lebogang Rasethaba that received a special mention at the 2021 Encounters South African International Documentary Festival. The movie paints an intimate portrait of Isaac Mutant, one of South Africa’s most outspoken and controversial artists, and the turbulent world he lives in. In a world of extremes, the story captures the harsh realities of living in one of the most dangerous corners of the earth, juxtaposed against the humanity and beauty enshrined in the details of everyday life, a community that loves, lives, and laughs, just like me and you. Central to the film is Mutant’s current state of existence, explored through his history, his art, his perspective, and his rhetoric. The filmmakers follow Isaac over five years as he emerges – as a champion of his marginalized community.  Their plight is the ink of his lyrical pen. “I am their voice,” he boldly proclaims.

The film takes a trip through Isaac’s inauspicious backstory, growing up in the notorious violence-stricken Cape Flats of Cape Town. A sensitive, complex, and intuitive character grappling with issues of race, class, love, family, and identity, we are given a view of how his life story has shaped his proximity to both gang culture and Hip Hop, framed within the context of the Cape Coloured Community. Isaac gives us unrestricted access to his dreams, aspirations, frustrations, and victories. #mutantdocumentary