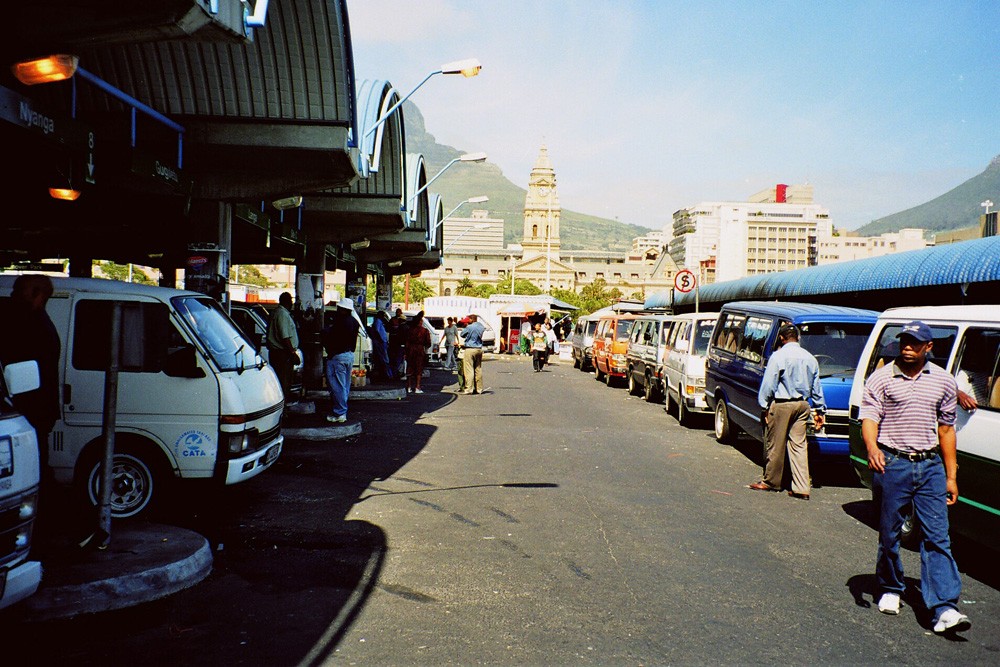 The public transport situation in South Africa is plunging the working poor into chaos. They have been placed far away from Industrial and commercial centres where they work. For this dysfunctional arrangement, one of Apartheid’s worst legacies, they are paying a prohibitive price. There is a systemic transport crisis in most areas of the country, but we reflect here on its manifestation in Cape Town and the Western Cape.

Public services to some extent reflect the levels of social solidarity in a society. When citizens pool their resources to provide a public good they engender cohesion and form bonds based on common purpose. It is one of the defining features of the social development of societies as they go through stages of material progress. Failure in the provision of public service often results in the “social injury” of its citizens. The public transport system in South Africa should be built on this principle and developed progressively by the state. 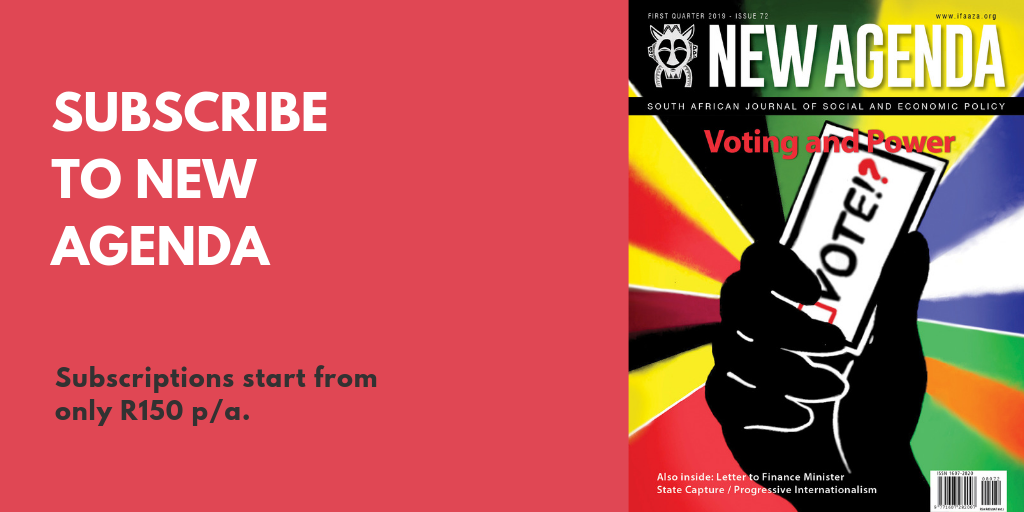 The crisis that exists is however not confined to rail transport, but a general crisis of all the modes of private and public transport.  Besides improving the mobility of people, public transport has to undo the apartheid spatial divide that separates South Africa’s population on racial and class lines.

The following are some of the features of public transport as it relates to the greater Western Cape and Cape Town communities:

Rural transport is virtually non-existent with people having to take the occasional taxi or catch a lift on the back of a truck. There is no regulated subsidised public transport in the rural areas of the Western Cape. Sadly there is no pressure on the Provincial and National Governments to provide a better level of transport services in rural areas.

The taxi system is inadequately regulated with safety and security issues an ongoing nightmare for commuters. There is also no regulation on the times that taxis should provide a service. Taxis, therefore, only run when there are sufficient commuters on board to make the trip profitable. The bonus system that is currently in use results in drivers speeding and disobeying traffic rules, which are a leading cause of the high level of road fatalities in the country. Intra-operator violence and extortion by gangsters for protection in most areas also results in loss of life and limb of commuters.  A better system would be to have taxis that are driver owned and licenced which would give them a sense of ownership and encourage compliance with regulations and traffic rules. The concentration of ownership in the industry needs to be ended.

Bus services have scarcely expanded into the new townships that have emerged since 1994.  National and Provincial governments have subsidised bus services only in certain areas where it is deemed profitable. The other areas are then left for taxis to provide occasional transport and often these are furthest away from city centres.  This mode of operation is characteristic of the bus services that have been operating in predominantly black areas. The new rapid transport services has seen municipalities cherry pick the areas they want served. In Cape Town, the My City buses operate 90% of their services in the historically white areas, with the adjacent townships being included only recently into the system. There is a perception that My City is a Rolls Royce bus service – large expenditure allocated to a service that will be rolled out in a limited number of areas. The rest of the township areas, such as Khayelitsha and Mitchells Plain, will have to wait for services sometime in the distant future.  The My City has the most attractive bus stops in the higher income areas, with landscaping and all the trimmings of a world class city. These high quality facilities are absent in the townships. National Government has not defined the areas or stipulated other criteria for the My City roll out, which gives municipalities wide berth to advance their particular political agendas, with poorer people invariably being treated to second class service.

The level of congestion in the City of Cape Town has led to a situation where road networks are completely gridlocked during peak hours. One explanation for this state of the traffic is that city authorities have not developed road networks to keep pace with housing developments. So in the new housing suburbs there is already a shortage of public transport and people are forced to use private transport. This perpetuates the Apartheid legacy of long commuting distances for those who live furthest away from centres of economic activity. South Africa was notorious for having one of the longest commuting distances in the world under Apartheid. Despite the creation of dedicated lanes on major routes for busses and taxis travelling into city centres to get workers there faster,  these dedicated lanes are not available for the return journey, leaving commuters stuck in traffic for extended traveling times. Besides the economic impact and the effect on the quality of life of workers, it dramatically cuts into the time parents spend with their families and exacerbates the other socially dysfunctional forces at work. .

These lanes are generally confined to the wealthier areas of the City and is mainly used for recreational purposes. The working class areas that need dedicated lanes have a patchwork of lanes which increases the risk of accidents occurring. This is another sign of municipalities rolling out delivery to secure political objectives, rather than respond to the most urgent needs. The funds would have served a greater and urgent need for mass transport in townships.

The rail system in Cape Town is the backbone of the public transport system as it provides subsidised transport to the majority of commuters. It is also meant to be the fastest and most effective mode of public transport moving the largest number of people. There has, however, been systematic under investment in the rail system by Metro Rail and Prasa over the last few years. In the year 2000 when Cosatu filed a section 77 of the Labour relations act against Metro Rail, the rail service was already overcrowded by 80%. Even though Metro Rail was obliged to do regular surveys with regard to over-crowding, these were never updated. So the levels of overcrowding that existed, and led to fatal accidents, were never monitored and addressed. The safety and security of commuters was compromised by the lack of compliance with Prasa’s own codes of good practice. The coaches at that stage were, on average, 30 years old and urgent revamps and new infrastructure was required.

The case that went to the Constitutional Court in 1996, around the death of the Van Minnen murder on the train, reaffirmed the operational obligations that Metro Rail had. The court said that the safety and security of the trains had to be improved. The court further said that Metro Rail must ensure that access and egress from the trains are tightly controlled, so as to ensure the safety of passengers. The obligation of Metro Rail to compensate people for injury and deaths on the trains was also established. After wasting millions of rands on the court cases that reaffirmed their own standard operating procedures, Prasa/ Metro Rail refused to address the challenges under the pretext of the issue of costs.

Since that court case, safety has declined even further with more deaths and injuries recorded. Vandalism of trains also increased because the security issues could not be raised to a satisfactory level to address the threat. The damage to trains saw the number of sets reduced from 109 to 89 in the system. The size of the train sets were reduced from 10 to 8 coaches on many of the lines. Under-spending in maintenance and infrastructure led to breakdowns that cascaded across the entire system. This meant that the system was effectively operating at 50% capacity on a daily basis.

The commuters who depend on the train service for their means of transport were left stranded and out of pocket. The monthly or weekly tickets they bought on the basis of the Metro Rail tariffs and schedules were practically unusable. With delays, cancelations and overcrowding, commuters had to abandon the trains in favour of busses and taxis. This makes Metro rail criminally liable for deceiving commuters by selling a service schedule that was non-existent. Is Metro Rail not obligated to compensate commuters for not providing a service after they had paid for it?

This system has been paralysed by bad management and the threat from unknown sources intent on destroying the infrastructure. Management at various levels are at war with each other and this significantly undermines the focus on running an effective service.  The lack of intelligence to determine if it was just rampant vandalism, or an orchestrated plot to destroy the system to benefit other transport providers, is quite apparent. If this modus operandi continues, the service will grind to a halt and when this happens all the assets – from the cabling to tracks – will be stripped, never to be restored.

The part of the transport system has seen significant investment in infrastructure and maintenance from the state to service the coal and iron ore mines . The safety standards are impeccable and no expense is spared to ensure that the system runs 24/7. Is this again because it serves the interests of the elite in South Africa, both black and white?

What about South African Airways

This service was one of the best in the world but came at a huge cost to tax payers, with continuous cash injections from Treasury. The high and middle income segments of society comprise most of the commuters on the SAA, which has impressive safety standards and facilities at the airports. The fleet is one of the most modern but the enterprise has been systematically looted by corrupt officials and ruined by inept managers who make political, rather than business and developmental, decisions.

The Department of Transport and Prasa have been absent throughout the period of decline of public transport. This must be the worst case of bad political management and oversight, with decisions driven by self-interest, rather than the transport needs of the most deserving in society. The boards of all the enterprises/parastatals involved in public transport are alleged to have given contracts to politically connected individuals. It is fair to say that decisions about the sourcing of goods and services is driven by who can benefit, rather than what is required.  So we see the wrong trains being bought and huge kickbacks in different forms flowing to key officials of the parastatals. The Coleman phenomenon of selling off inventory to score bonuses became standard practice in these enterprises, so the balance sheet looks good, but the business is run into the ground.

The entire public transport system is dysfunctional, with rail the most severely affected. Urgent action is required to address the crisis, if it is to be turned around. The start, it seems, has to be with political intervention: the complete removal of all officials and managers who were directly or indirectly involved in corruption or who were part of the leadership while corruption took place. Next, technical expertise needs to be restored in the system to avoid outsourcing goods and services from politically connected companies who are the main beneficiaries of a dysfunctional system. Third, public confidence in the service must be restored. This could best be done through an interface between management and commuters or their representatives from civil society organizations. The principle that must underpin this, however, has to be the maintenance and expansion of public services through social solidarity, and developmental action from the State and its leadership.

By Tony Ehrenreich, IFAA Board