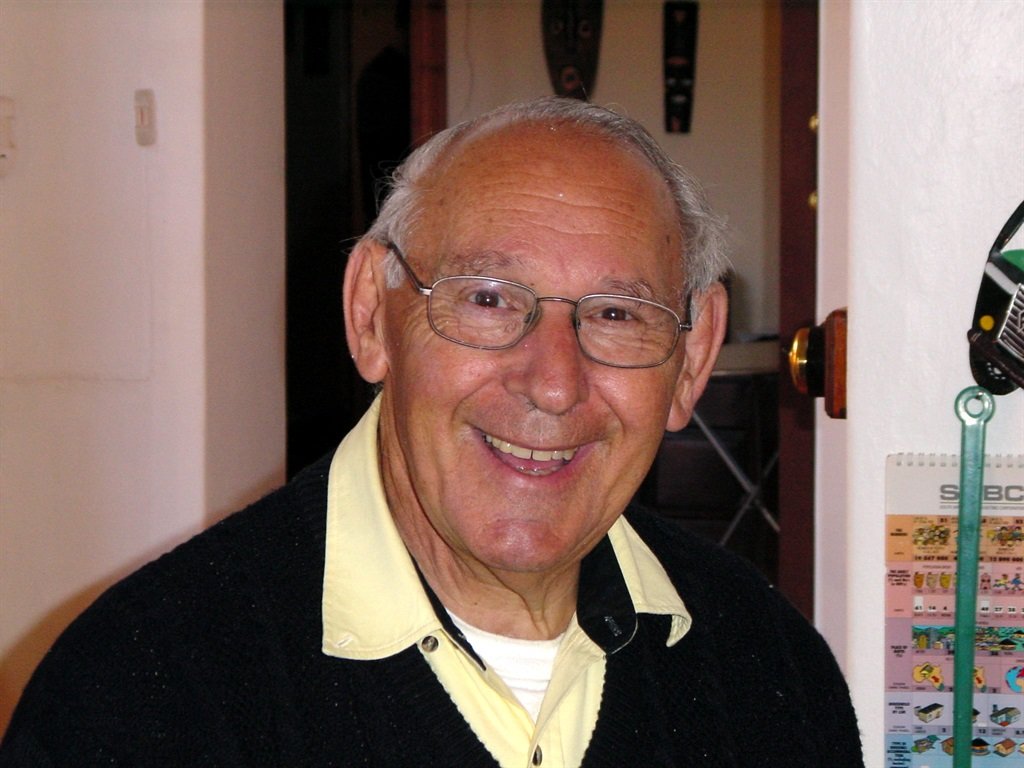 I just learnt of the passing of dear Comrade Norman Levy. We were members of the same small cell of communists in the 1980s. He was a great comrade, friend and mentor. A real gentleman who taught me so much. It’s very sad as one by one this generation of amazing human beings are passing on. Norman has a twin brother Leon Levy who was the first President of my trades union federation and that of my mother… the old SOUTH AFRICAN CONGRESS OF TRADES UNIONS. My condolences go out to Leon and his wife Lorna and also to Norman’s children.

Norman had joined the Young Communist League in his youth in the 1940s and became a full member of the CPSA in 1946. The Communist Party of South Africa disbanded itself just before it was banned in 1953 under the Suppresion.of Communism Act.

A small number of communists now operating clandestinely established a new illegal underground SA Communist Party over the next few years and Norman was among those in one of the first cells established on the same organisational principles used by the partisan resistance movements of Europe that had fought the Nazis. A number in his cell were WW2 veterans like Rica Hodgson, Cecil Williams and Rusty Bernstein. Ruth First was also in the same cell.

With the party banned Norman continued to participate in what we came to call THE FAMILY (the underground SACP) and in the African National Congress projects. At the same time Norman as a teacher and an educationist he fought against the introduction.of Bantu Education and took part in the 1952-1953 defiance campaign and established alternative education clubs for black students to challenge servitude Apartheid Bantu education.

In April 1954, Norman assisted in the conference which ultimately led to the formation of the Federation of South African Women (FEDSAW) and he worked closely with Helen Joseph on many projects including helping to establish the Congress of Democrats which became part of the Congress of the People in 1955 at which the Freedom Charter was adopted. In 1957 Norman worked on the National Consultative Committee formed to enable the various congresses to consult together, and was its first secretary from 1957 to 1960.

Norman and his twin brother, Leon the trades unionist had their flat raided by security police in 1956 and transported to the Old Fort via Marshall Square. They were detained with 154 others prior to what became known as the Treason Trial.

This was the second largest Treason Trial in SA history since the 1808 trial of the 346 enslaved rebels of Jij Rebellion in October that year. In December 1808 the trial followed by executions and imprisonment on Robben Island took place att the Castle of Good Hope.

All were eventually acquitted in the 1956 Treason Trial but as a result, Norman was suspended as a teacher by the Transvaal Education Department until his acquittal along with 61 others in December of 1957. In 1958 Norman got married to Phillipa Murrell and they had three children. Their entire married life was disrupted by security police harassment and moving around and the financial.pressures that communists faced as a result of persecution by the Apartheid Nazi regime.Phillipa also faced detention. They would later divorce in 1974.

The apartheid regime slapped Norman with a 90-day detention order in 1964. He also spent 54 days in solitary confinement in Pretoria Local Prison where he was repeatedly interrogated and tortured with one continously torture session lasting 102 hours.

In April 1965 Norman was convicted and sentenced to three years imprisonment. The apartheid Nazi regime banned him from work, meetings, participating in politics and social gatherings and as a result he was unable to attain employment after his release in 1968. He therefore took his family with him into exile in the UK where he pursued an academic career.

Norman continued to engage in the struggle in a range of capacities and served on the ANC’s London Education Committee.

On leaving SA he resumed working in the SACP where we operated on a clandestine basis organised into small cells where usually no more than 8 or so regularly met. Most of us were deployed into various work units within the ANC, MK and the SACTU. Norman also served on higher structures of the party and was Chairperson of the party’s regional Committee for the United Kingdom and Europe.

He returned to SA as many of us did in 1991 and immediately threw himself into many projects to strengthen the foundations of a new democratic South Africa that was subject to negotiations.

He later headed the Community and Labour Studies (CCLS) at the University of Durban Westville, where Norman together with a team, created programmes that successfully trained interns to fill at  positions at various departments of provincial and local government.

In 1991 Norman married Carole Silver, an author and Professor of English Literature from the US.

Nelson Mandela appointed Norman Levy to the Presidential Review Commission (PRC) for the Transformation of the Public Service, he together with Dr Vincent Maphai, in 1996 where they co-authored the Commission’s report and he served as the PRC’s Deputy Chairman.

Norman then set up home in Cape Town, where he became Professor Extraordinary at the School of Government at the University of the Western Cape.

Between 2001 and 2002 he directed a survey on Intergovernmental Relations which became a significant source of reference for Local Authority governance. Norman further served on an inter-ministerial committee of the Classification and Declassification Review Committee (2003-2004) charged with placing apartheid documents in the public domain and he headed a ministerial task team on Balancing Secrecy and Transparency in a Democracy and edited a book by that name for the South African Academy of Intelligence in 2004. What an innings.

Norman lived a full life to the end. We bumped into each other at Parliament and when I worked as advisor to the Minister of Home Affairs – Naledi Pandor… and he would occasionally phone and we’d call back the past or discuss the politics of the day. Norman never changed and he remained a man of the people. Political snobbery was not part of his dna. He was one of the hands which rocked the cradle…. and for many a lad and lass he was our Mr Chips.

It is with a sad heart at this the remains of the day that I say GOODBYE MR CHIPS. Hamba Kahle Cde Norman it was good to have you in my life and I am proud to have served alongside you, in serving South Africa and her people. You raised the scarlet banner high and tirelessly fought for democratic socialism with African characteristics in South Africa. May our dream one day come true.